In May, Wealth DFM’s inaugural webinar on fixed income and bond markets proved very popular with viewers. It was a fascinating and detailed discussion chaired by our own Paul Wilson. Viewers welcomed the opportunity to hear the debate from three leading experts Howie Li, Legal and General Investment Management (LGIM), Paul Syms, (Invesco) and Matthew Russell of M&G Investments as they s13hared their views on the hot topics in the bond market today.

The webinar was held in May, and a recording is available for readers to listen in full here.

In this article, we’re setting out a brief overview of some of the topics under discussion on the day.

Initially, the discussion opened with the thorny issue of whether inflation is just a short term phenomenon, proceeding to discuss the inflationary outlook and what the threats might be for fixed income investments going forwards.

Recognising that inflation is a real concern for bond investors, Matthew Russell and Paul Syms opened the inflation discussion looking at how to position bond portfolios in the light of recent inflation data. According to Syms, the starting point for investors is to consider how central banks are looking at the inflation picture as managers will be reflecting on recent data showing that inflation is here in the short term. He highlighted the impact of the pandemic which has induced a shutdown of economies and so a year on, it’s trying to distinguish how much of that is now just a base effect vs. actual true inflation or whether it’s just a transitory situation, summing up that it is important to keep a close eye on latest data and position portfolios accordingly.

This point was picked up by Matthew Russel who runs a short-dated fund at M&G. He added that much is also depending on how long the transitory period is. The longer we have elevated levels of inflation, that mentality will start to settle into not just financial markets, but mainstream as well. If inflation does become embedded, fixed income investors will need to protect themselves.”

He goes on to explain “There are a couple of things I think you can do. Obviously, you can buy index-linked bonds where the coupons on those or the value of those will increase as inflation increases. Frankly, in the UK, that looks too expensive at the moment but in the US, maybe you could argue fair value and in Europe, arguably a little bit cheap. Also, I really like floating rate notes because if inflation does begin to rise, rates begin to rise, the coupons on those issues will start to increase as well, which will help maintain capital value.”

Howie Li is head of ETFs at LGIM and an ETF expert. He continued by saying that the conversation around inflation has been something that has been discussed with clients for a number of years. You can look at this in the isolated case of fixed income, but he stressed the importance of looking at it from an overall portfolio perspective. Taking a client-centric view, Li flags up the critical consideration “are we here to deliver income or are we here to essentially look for growth from portfolios or a combination of those?” As Li reminds us, this depends on the objective or mandate and depends on the type of client.

Li extended the conversation to a broader issue commenting “On the equity side, the inflation question is also coming up so it is not just the fixed income discussion when we’re talking about inflation. We’re also talking about how the whole portfolio is positioned. And that’s really where the conversations we’ve been having have been focussed.”

The hunt for value

Where do our experts see value in the bond market now and where do they think they will find it in the future?

If subordinated debt is on your radar, you might want to pay particular attention to Paul Syms’ response here as you listen to the webinar recording. He gave a detailed explanation as to the current situation and why he feels there’s value to be had. He also highlighted the significant value of exchange traded funds (ETFs) in the fixed income space.

Howie Li was in agreement with Syms about the role of ETFs, adding that at LGIM, there was interest in areas like emerging markets and specifically in Chinese bonds. He comments “In China, the bond market continues to be a very interesting space. We view these as a long-term allocation for many clients, seeing the long-term prospects and the long-term value of an allocation towards Chinese bonds.”

Interestingly, Matthew Russell made it clear that he has a slightly different challenge on his hands to Li and Syms given the nature of the particular mandates he manages. He comments “Probably over half the clients that I speak to use the funds that I manage as a cash alternative. So they are heavily focussed on preserving capital value. I’ll be more defensive.  But one area where I do see value is in triple-A rated, U.K. mortgage backed securities.” On this point though, he stressed the importance of having the support of a robust analyst team – as he has at M&G – to ensure you’ve got “the expertise as well as the inclination to analyse these bonds properly.”

The conversation progressed to discuss the merits of passive and active investing, during which analysis of the detail of passive investing flagged up some interesting and relevant points. In particular, Li had strong views commenting “Not all indices are built the same. But even on the index side, I think passive is probably a term that is a little bit unfair because index managers do have a choice on how do they manage money. And they also have a choice as to how that investment strategy is set up.” When it comes to value Li again feels that investors should remember “that it’s also about the investment process, as well as the way that the portfolio is put together.” As an active manager, Russell pointed out that “one tool that we have as active managers is when new issues come.” He also highlighted that with an active approach comes more flexibility which is an advantage especially when values are compressed.

Taking a pragmatic, big-picture approach, Li commented that “it’s important to think about the investment design as well as the investment process, because whether you’re buying an index-tracking product or whether you’re buying an active product, you need to make sure that your investment manager is taking active steps and defending that portfolio and doing what you are essentially, as an investor, paying them to do.”

Drilling down into the detail

As well as looking in detail at how ETFs can operate at a practical level in fixed income, our experts proceeded to discuss key subjects such as credit risk, liquidity, due diligence etc. at length.

Of course, the final discussion which Paul Wilson led came round to the ‘flavour of the moment’ topic in all areas of investment which is environment, social and governance (ESG) factors. The power of ESG is impacting fixed income markets to an increasing degree and the development of ESG indices is something that all participants flagged up as an interesting prospect. The rising interest in “green bonds” was one particular aspect which generated healthy debate.

In summary, and zoning in on where to find value in fixed income, Syms and Russell began a thorough debate about the different asset classes within fixed income and their relative merits at the current time. The discussion rounds off with all our experts giving a useful summary of where they see markets and opportunities at the moment. As to exactly what those are, we’d refer you to our experts and encourage you to listen to their full debate for yourself.

Hear the full discussion by watching the recoding here. 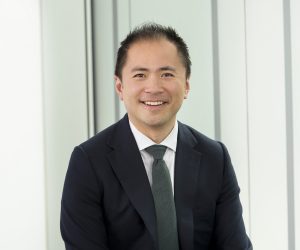 Howie leads the development and growth of LGIM’s ETF business. Howie joined the investment manager from ETF Securities after the successful acquisition of the Canvas ETF business which completed in March 2018. During his time at ETF Securities for almost 10 years, Howie was most recently the CEO of Canvas after holding other positions including Head of Legal and Co-Head of Canvas. Prior to that, Howie trained and worked at Simmons & Simmons in London advising the hedge fund industry. 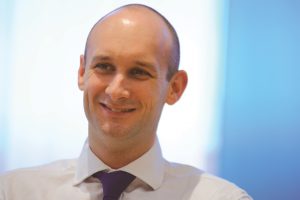 Matthew Russell joined M&G in 2007 as a fundmanagers’ assistant covering fixed income funds. He became deputy manager of the Short Dated Corporate Bond strategy in 2011 and, two years later, was appointed manager. In 2015 he started managing the M&G Gilt & Fixed Interest Income strategy. Matthew has a BSc in economics from the University of Birmingham and is a CFA charterholder. 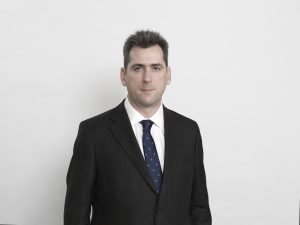 Paul is Head of EMEA ETF Fixed Income Product Management at Invesco. He brings a wealth of experience gained through a career spanning over 20 years in leading asset management companies. Prior to joining Invesco, Paul worked at Hermes Investment Management where he was a portfolio manager for over £9bn UK and global inflation linked bonds. He started his career at Scottish Widows Investment Partnership where his main responsibility was managing the global rates portfolios. He holds a BSc (Hons) degree in Genetics from the University of Nottingham and has been a CFA charterholder since 2004.