Liontrust’s David Roberts on chocolate, flying, and the importance of hidden inflation

Liontrust’s David Roberts on chocolate, flying, and the importance of hidden inflation

Comment from David Roberts, head of the global fixed income team at Liontrust:

The news that UK CPI fell to 2% year-on-year in July was no surprise given base effects from last year’s lockdown. I’d note that using the broader, some would say more accurate and traditional, measure of RPI, the number was 3.8%.

Of course, much inflation is hidden and woefully underreported. I’ve just booked a flight from Marseille to Valencia, basic price €25, but I now need to pay to take on cabin baggage and to have a seat. Last year both were included in the €60 price. The true cost in 2021? €80. A 33% increase.

Not long ago a bar of chocolate weighed 100g, the one I bought yesterday was 90g, and while it’s great for my diet, the price hadn’t changed so that’s a real world increase of over 10%.

Hidden inflation is important. It influences behaviours from price expectations to consumption and wage bargaining to societal cohesion. In the examples above, the consumer receives less product and feels incensed, while the capitalist sees more margin.

Of course, you can still buy 10 year gilts and receive 0.5% income each year until 2031 if you fear deflation is upon us. You might be interested to know UK CPI has averaged 1.8% over the past 10 (and five) years. The gap between inflation and yields has seldom been greater. It may widen further, it may narrow. How you chose to play that is up to you. 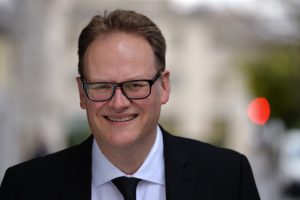 Redrow shares jump amid rumours of a possible takeover