China’s output declined by a seasonally adjusted 2.6% quarter-on-quarter in the second quarter, according to official data. As a result, the annual rate of economic growth slowed sharply to 0.4% y/y, from 4.8% y/y in the first quarter. This was much weaker than the consensus forecast of -1.5% q/q but in line with our own expectation for a decline of 2.5% q/q.

The contraction in headline GDP in Q2 masks the fact that activity began to rebound strongly during the quarter. Although the economy contracted sharply in April, most other indicators, such as the various PMIs, suggested that activity picked up as Covid-19 cases declined and lockdowns were eased. Data for June, which were published alongside the full Q2 figures, appear to confirm that the economy returned to growth in June. Retail sales increased by 3.1% y/y last month, following a decline of 6.7% y/y in May, while industrial production expanded by 3.9% y/y and fixed asset investment continued to grow by about 6% y/y. The momentum that built during the quarter points to a decent rebound in quarter-on-quarter growth in Q3.

Renewed lockdown measures remain a key threat to China’s economic rebound in the near term. Despite recent news that the quarantine period for travellers to China had been halved to one week plus three days of monitoring and some relaxation of testing in some cities, the government’s zero-Covid policy remains in place. Covid-19 cases have begun to increase again after lockdowns were eased and it has been confirmed that the highly infectious BA.5 variant of Omicron has arrived on the Chinese mainland. Some provinces have begun to impose restrictions again and there is clearly a risk that these are further tightened, and that new cases appear in other places.

It is virtually impossible to predict when and where future cases will emerge. And it is also difficult to know how the authorities will react given that the restrictions put in place have varied by province. Embedded in our baseline forecast is an assumption that, along with a deterioration in the labour market, measures to contain the virus will remain a drag on the recovery in consumer-facing sectors. However, as we noted in our recent forecast update, a scenario of rolling lockdowns similar to those seen earlier this year would wipe out the current recovery and have a potentially devastating impact on the economy.

Meanwhile, the outlook for manufactured exports, which have been a key driver of growth over the past couple of years, is challenging. Admittedly, data released earlier this week reported double-digit export growth of 17.7% y/y in June, while the Caixin manufacturing PMI reported that new export orders climbed by seven points to an 18-month high of 52.3. However, this is likely to be noise in the data associated with the easing of past lockdowns – something that will make interpreting incoming data tricky – rather than evidence of a sustained recovery in exports. After all, the rest of the world is threatening to tip into recession as consumers are squeezed by rampant inflation and rising interest rates.

However, we continue to expect evidence of a more sustained pick-up in activity to emerge. We have been arguing for some time that a trough in leading indicators, such as the credit impulse and real M1 (the supply of money, such as currency, demand deposits and other liquid deposits) late last year, had set the scene for a cyclical recovery to emerge towards the end of the third quarter of this year. Data released this week showed that those leading indicators continued to strengthen last month as new lending beat expectations. It is also expected that local governments will be allowed to bring forward borrowing scheduled for next year to add to stimulus measures that have already been announced.

We still have reservations about the strength of China’s recovery and find it difficult to believe that the government can get anywhere near to its growth target of 5.5% for this year without severely massaging the incoming data. Stimulus measures that have so far been put in place are just not big enough, while Covid-19 and ongoing problems in the housing market are obvious issues that are likely to hold back the recovery. Our forecast is for the economy to grow by 3.5% this year.

Notwithstanding this, though, we do at least expect China’s economy to show a positive dynamic in the months ahead when activity in the rest of the world appears to stalling. Chinese equities have started to outperform in recent weeks and our expectations for the global economy suggest that, while there will be bumps in the road, this should continue. 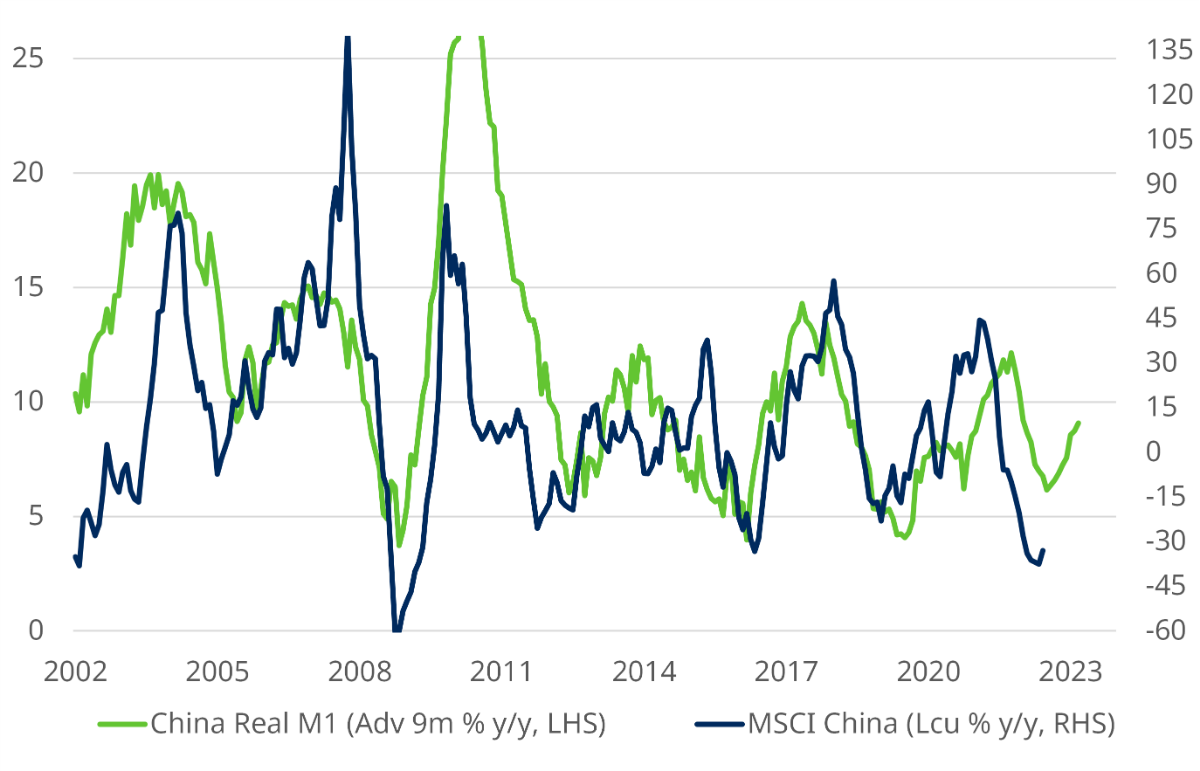