For investors in the crowded global ecommerce space, there’s little room for error.

While high-multiple businesses focussed on developed western markets garner most of the attention, businesses that provide exposure to increasing e-commerce penetration in emerging markets with enormous addressable markets, continue to trade at attractive prices.

Sea Limited and MercadoLibre are two companies dominating in both Southeast Asia and Latin America.

The digitisation process and especially the banking process will present immense opportunities for e-commerce over the next decade.

In particular, in Latin America more than half of the population is either unbanked or under-banked, meaning a huge chunk of the population doesn’t even have a credit card to shop online. This is creating opportunities for players such as MercadoLibre.

Yes, there are an increasing number of companies eying a slice of this this lucrative e-commerce space, but in reality, we are in the early innings of this opportunity in Southeast Asia and Latin America.

Whilst the market opportunity is compelling, we are particularly attracted to Sea Limited and MercadoLibre due to their market leading positions within their respective core markets.

For example, 25% of Latin America’s SMEs (small and medium-sized enterprises) attribute at least 50% of their annual revenue to MercadoLibre.

MercadoLibre’s ecosystem plays a huge part in this advantage. It provides the software platform from operating an online shop, direct control of the logistics system that delivers products, and a platform for a company’s banking inside Pago (Mercado’s payments platform) that’s integrated with the marketplace.

Mercado runs rings around some competitors who are unable to provide this comprehensive ecosystem. As such, we believe both businesses have built very strong moats around their e-commerce businesses.

Importantly, these companies also provide robust exposure to the nascent opportunity in Fintech that arises from large unbanked and underbanked populations.

We believe that both companies are in a strong position to fill the void by virtue of the large existing customer bases that they have from their market leading e-commerce businesses.

Domestic competitors have been unable to compete on breadth of product largely retained to first party business models – they do not have the full service ecosystem that Mercado offers.

Both companies encourage payment on their e-commerce platforms via digital wallets (MercadoPago for MercaoLibre and SeaMoney for Sea Ltd.). This wallet can then be used as a gateway for a broader range of financial services such as online & offline payments, credit, insurance, wealth management and even a full-service bank account.

We have seen evidence of this playbook being executed in China, with Alibaba and Ant Financial. 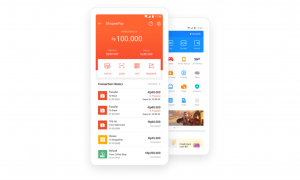 For Sea Limited, retail sales (excl. auto sales & fuel) in its core Southeast Asian market are forecast to increase from US$750 billion in 2021 to US$1 trillion by 2025.

It is worth noting that Sea Limited has also started taking its Shopee e-commerce business to other regions in the world. They are targeting regions where e-commerce penetration in long-tail (niche) categories, which is Shopee’s strength, is still low.

So far, the company has entered or plans to enter LATAM, India, Europe and the Middle East.

Adding these regions into the mix increases Shopee’s 2025 e-commerce total addressable market by 3.5x – from US$250 billion in Southeast Asia only, to US$950 billion across all of these regions.

Shopee’s successful launch in LATAM, where it has already become the number two player in terms of monthly active users in a little over a year gives us confidence that they will be able to replicate this success in other regions of the world.

Alternative and multi-asset managers behind the curve on diversity engagement

Fund managers most overweight US stocks since 2013 – Bank of America

Week ahead: FOMC minutes, Global PMIs in the spotlight

The market spotlight over the coming week will be on the release of the minutes of the US central bank's...

London close: Stocks in the green after another volatile week

London stocks closed in positive territory on Friday, after sentiment was boosted by China cutting one of its key interest...

The price of money is headed higher still and the risks are that even further rate rises might be needed,...

Week ahead: FOMC minutes, Global PMIs in the spotlight

London close: Stocks in the green after another volatile week